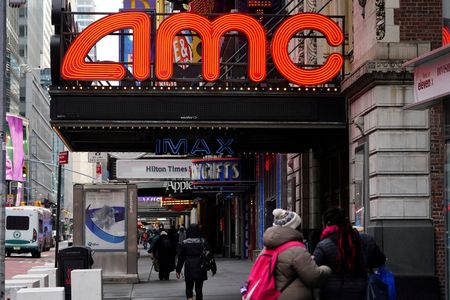 By Sinéad Carew and Medha Singh

(Reuters) – Trading in shares of AMC Entertainment and GameStop was volatile on Thursday as the so-called meme stocks pared gains after rallying sharply earlier in the day as some investors looked for bargains following several days of losses.

Both companies, which released no new announcements on their websites on Thursday, have a large following among retail investors who pushed them to record levels last year when they clubbed together to force out short sellers.

Despite a blistering sell-off in equities overall recently, Thursday’s meme stock trading appeared to highlight some investors were still using a “buy-the-dip” strategy. [.N] GameStop lost 36% of its value in the last five sessions, while AMC fell 34% in the same timeframe.

“There are plenty of customers out there who continue to look for places to buy dips using very aggressive products to do so. That’s why with AMC and GME, when there’s a little kindling out there, the fire gets lit,” said Steve Sosnick, chief strategist at Interactive Brokers. “The true believers in meme stocks still have not been fully washed out.”

And the rally likely lost steam as the session wore on because some traders stepped away because the stocks in the past have been prone to such huge rallies and declines, he said.

Interactive Brokers’ clients, which include retail investors and smaller institutions, continued to be net buyers of stocks throughout the recent declines though “they have backed off memes for the most part,” Sosnick said.

“We are now in a bear market where rallies are more akin to a ‘dead-cat bounce’,” he said. “Finding the bottom is often tried, and very rarely achieved and as a result, retail investors are feeling the fatigue of catching the falling knife.”

On the surface, Thursday’s action appeared to diverge from recent days with retail traders selling $1.9 billion worth of shares in the last two days, for the largest two-day outflow in 14 months, according to research released by JPMorgan late on Wednesday.

Cheng Peng, a quantitative and derivatives strategist at JPMorgan, said he saw no “significant directional bias by retail traders” in either AMC or GameStop on Thursday. 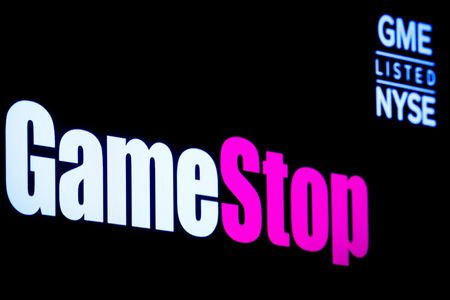