How much Fed must do depends on supply outlook: Kashkari 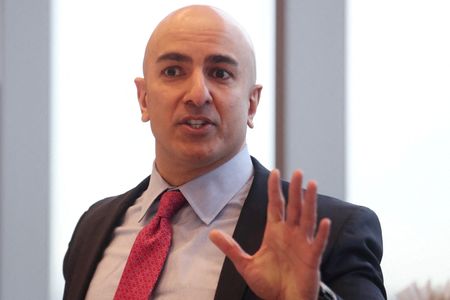 (Reuters) -The Federal Reserve will do what it needs to do to bring down very high inflation, Minneapolis Fed President Neel Kashkari said on Friday, though how much it will need to do depends in part on how quickly energy and other supply constraints dissipate.

“I’m confident that my colleagues and I have the conviction to do what we need to do to bring inflation back down,” Kashkari said at the start of a conference on energy and inflation co-hosted by the Dallas and Minneapolis Fed banks. “I hope we have to do less, and we’ll only be able to do less if more supply comes on line.”

U.S. central bankers spent much of last year hoping and expecting more supply would come on line and ease what was then seen as a transitory bout of inflation.

By the end of the year it became clear that supply chains were taking longer than expected to get unstuck, workers were not returning to the labor market nearly as as fast as had been hoped, and inflation was building, not cooling.

Fed Chair Jerome Powell now says that while he’d welcome an easing of supply constraints, he won’t count on it, and has all but promised more big rate hikes ahead.

Experts convened for the Fed’s energy conference Friday appeared to dash any Fed policymaker hopes for quick resolution, at least as far as energy production goes.

“It’s going to get worse,” Occidental Petroleum CEO Vicki Hollub said, on the outlook for gas and oil prices. “We are struggling to meet what demand is..we are headed for an environment where we just can’t amp up supply very quickly.”

Cindy Taylor, CEO of Oil States International, said that while her services company is going all out to help get more oil out of the ground, she permanently lost a lot of workers in highly technical jobs during the COVID-19 shutdowns.

“You can’t turn on a switch,” she said. “It’s going to take a while, and workers and supply chain challenges are going to be key to that.”