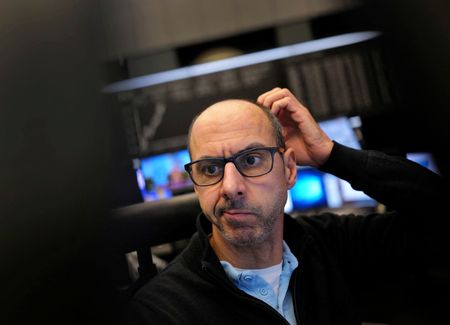 NEW YORK (Reuters) – Global shares rose on Friday as Wall Street rallied to end a volatile week of trading, while oil jumped 4% on the back of record-high U.S. gas prices.

Global markets and U.S. stocks were down sharply most of this week as investors grew anxious about the possibility of recession. The S&P 500 index is off nearly 20% from its all-time high in January and was close to a bear market on Thursday. [.N]

But investors’ fears over whether U.S. Federal Reserve Chair Jerome Powell can accomplish a “soft landing” – bringing inflation down while keeping the U.S. economy growing – appeared to ease at least temporarily on Friday.

“Stocks were ready to rebound as some investors remain hopeful the Fed will deliver a soft landing, while others are ready to buy the dip,” said Edward Moya, analyst at OANDA.

Cryptocurrencies steadied on Friday, with bitcoin recovering from a 16-month low after a volatile week dominated by the collapse in value of TerraUSD, a so-called stablecoin.

Bitcoin, the largest cryptocurrency by market value, rose 3.5% to $29,884, rebounding from a December 2020 low of $25,400 hit on Thursday. Bitcoin remains far below week-earlier levels of around $40,000 and is on track for a record seventh consecutive weekly loss.

Markets are likely to experience a short-term rebound before resuming the sell-off which has sent Wall Street’s Nasdaq tech index down over 25% since the beginning of the year, BofA analysts wrote in a weekly strategy note.

Investors liquidated global equity funds worth $10.53 billion in the week ended May 11, compared with $1.65 billion of net selling in the previous week, according to Refinitiv Lipper.

In an interview late on Thursday, Powell said the battle to control inflation would “include some pain,” and he repeated his expectation of half-percentage-point interest rate rises at each of the Fed’s next two policy meetings.

Headline inflation in the euro zone will fall in the second half of the year but so-called core prices, which strip out food and energy, will keep rising, the European Central Bank’s vice-president Luis de Guindos said on Friday. 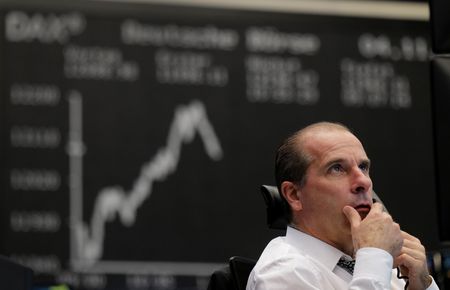