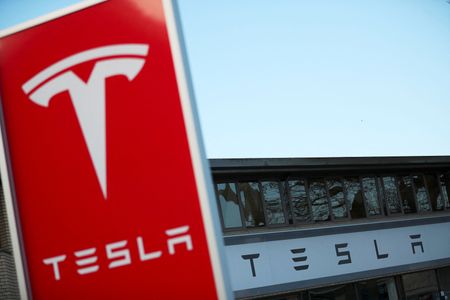 (Reuters) – Tesla Inc CEO Elon Musk may have denounced business use of environmental, social and governance (ESG) factors as a “scam” last week but one sustainable investing pioneer thinks the electric carmaker still believes in the cause.

John Streur, president of Calvert Research and Management, praised Tesla’s disclosure of workforce diversity data earlier in May and said Tesla remains in his company’s ESG indexes even though it was dropped out of the S&P 500 ESG Index last week, prompting Musk’s fury.

“I think they’ve fully embraced operational excellence, which is really what ESG is all about,” Streur said of Tesla in a recent interview.

Asked if Musk believes in ESG Streur said “I can’t speak for him, but I think his company does.”

Streur’s take comes at a time when ESG investing faces criticism such as from conservatives who say questions like how to cut carbon emissions should be settled by government, not investors.

Calvert, a Morgan Stanley unit, holds what Streur called a “full weight” of Tesla in products like its Calvert US Large Cap Core Responsible Index Fund.

Streur said he agrees ESG data “can be a bit of a mess.” He praised the new diversity details that Tesla published this month after a majority of its investors in October backed a resolution Calvert had filed.

As Tesla grows, Streur said it will face more ESG risks to manage related to issues like mining and the location of facilities.