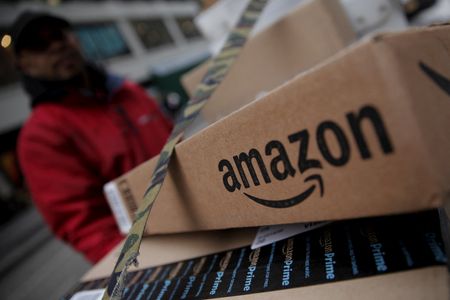 (Reuters) – Amazon.com Inc said that customers in Lockeford, California would be among the first to receive drone deliveries later this year.

This would be the first time Amazon makes drone deliveries to the public, and it follows several pilots and mission-specific programs from companies such as Walmart Inc, United Parcel Service Inc and FedEx Corp .

The online retailer said it was working with Federal Aviation Administration (FAA) and city officials for permits.

The drones will have the capability to fly beyond-line-of-sight (BLOS) and will be programmed to drop parcels in the backyards of customers in Lockeford, which has a population of about 4,000 people.

Amazon made its first customer delivery by drone in the United Kingdom in 2016 and has touted its plans for drone delivery for years before that.