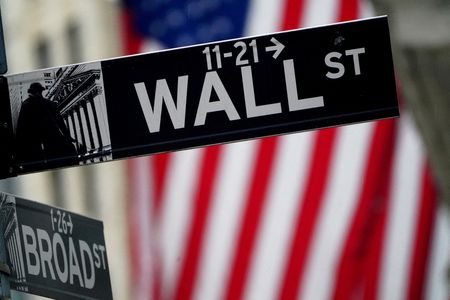 “So we’re not seeing the bite of tighter monetary policy and inflation impacting revenue as much as feared.”

Johnson & Johnson shares lost 1.5%, reversing earlier gains. The healthcare giant reported profit and sales that exceeded expectations but cut its earnings outlook for the year due to a soaring U.S. currency.

A strong dollar also weighed on shares of IT hardware and services company IBM Corp, which beat quarterly revenue expectations on Monday but warned the hit from forex for the year could be about $3.5 billion.

The U.S. dollar marked its third straight day of declines as markets reduced the odds of a full percentage-point Federal Reserve rate hike this month. [USD/]

Spiraling inflation initially led markets to price in a 100-basis-point hike in interest rates at the upcoming Fed meeting later this month, until some policymakers signaled a 75-basis-point increase.

“The macro picture hasn’t changed,” said Kim. “We still have falling earnings, high inflation pressures and a tightening Fed. So longer term, I don’t think this type of rally has staying power.”

In this earnings season, analysts expect aggregate year-on-year S&P 500 profit to grow 5.8%, down from the 6.8% estimate at the start of the quarter, according to Refinitiv data.

Volume on U.S. exchanges was 10.95 billion shares, compared with the 11.76 billion average for the full session over the last 20 trading days.

Advancing issues outnumbered declining ones on the NYSE by a 4.88-to-1 ratio and on the Nasdaq, a 3.40-to-1 ratio favored advancers.