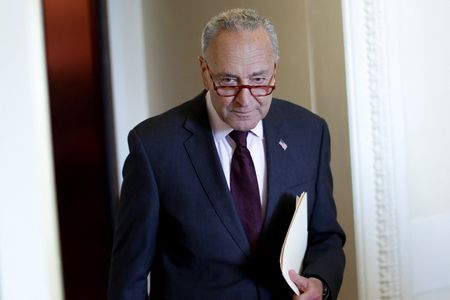 WASHINGTON (Reuters) – The roughly $430 billion climate, drugs and tax bill that U.S. Senate Democrats are trying to push through Congress will include a new excise tax on stock buybacks, Majority Leader Chuck Schumer said on Friday.

Lawmakers agreed to add that provision after reaching a deal with Democrat Kyrsten Sinema, a maverick who has often stood in the way of President Joe Biden’s priorities, to drop another provision that would have imposed new taxes on carried interest.

“We are adding in an excise tax on stock buybacks that will bring in $74 billion,” Schumer told reporters. He did not provide the effective date for the new tax if the legislation is enacted into law.

“I hate stock buybacks,” Schumer said, adding, “I think they are one of the most self-serving things that corporate America does.” The New York Democrat said that companies instead should be investing in worker training, research, modernizing equipment and other activities.

Democrats are currently awaiting a ruling from the chamber’s parliamentarian on whether they can use a special procedure to pass the bill by a simple majority, rather than the normal 60 of 100 votes required, to bypass united Republican opposition.

They currently plan to hold an unusual weekend session to push forward on the bill, which would deliver on key goals of the Biden administration ahead of the Nov. 8 midterm elections, when control of Congress is at stake.

All 100 senators will be given an opportunity over the weekend to amend the legislation, amid solid Republican opposition.

The bill, called the Inflation Reduction Act, was unveiled last week by Schumer and Senator Joe Manchin, who like Sinema has often blocked the party’s agenda.

It aims to reduce prescription drug costs by allowing Medicare, the government-run healthcare plan for the elderly and disabled, to negotiate prices on a limited number of drugs.

It also would address climate change through new investments in non-carbon emitting energy, while improving tax collections on companies and wealthy individuals.

The bill as initially written would have spent around $430 billion, while reducing government budget deficits by around $300 billion.

The final price tag could change once the legislation is formally introduced this weekend, if all goes as planned.

Sinema revealed late on Thursday that she would support the bill with some changes, including adding funding for drought relief.

Sinema said she would not back the bill unless Democrats nixed the carried interest provision, a longstanding Wall Street tax break that let many private equity and hedge fund financiers pay a lower capital gains tax rate on much of their income, instead of the higher income tax rate paid by wage-earners.

In its place, Democrats added the excise tax, which is estimated to bring in over $70 billion. 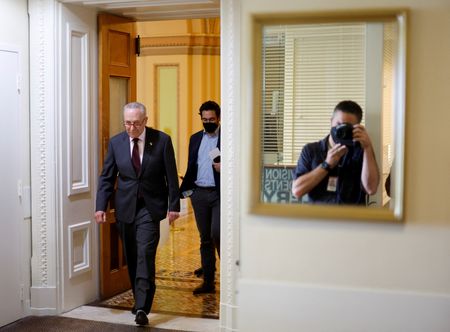 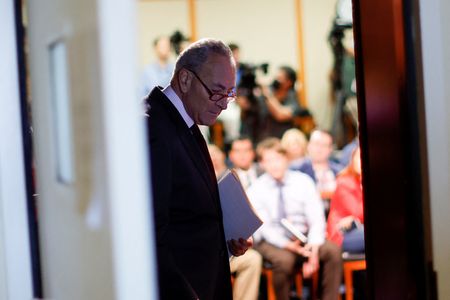 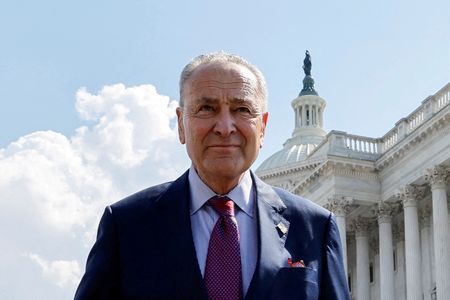