Tennis-Serena Williams to retire from playing after U.S. Open 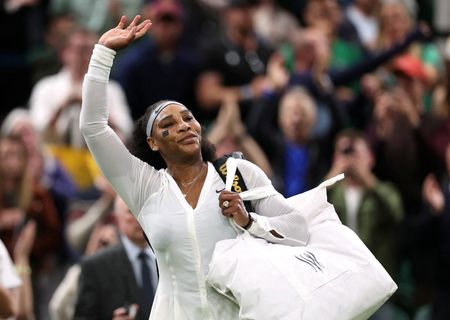 NEW YORK (Reuters) – American great Serena Williams said on Tuesday she was “evolving away from tennis” and planned to retire from the sport she dominated with 23 Grand Slam titles following the U.S. Open tournament, which begins later this month.

On Monday, Williams played only her second singles match since she returned to action at Wimbledon in June after a year-long absence from competition, beating Spain’s Nuria Parrizas Diaz to reach the second round of the Toronto Open.

But the 40-year-old said after the match that she could see the light at the end of the tennis tunnel in her career.

“I have never liked the word retirement,” Williams wrote in a Vogue article.

“Maybe the best word to describe what I’m up to is evolution. I’m here to tell you that I’m evolving away from tennis, toward other things that are important to me.

“A few years ago I quietly started Serena Ventures, a venture capital firm. Soon after that, I started a family. I want to grow that family.”

Williams won her last Grand Slam in 2017 and has been chasing an elusive 24th crown that would draw her level with Australian Margaret Court who holds the record.

The American came tantalisingly close to achieving that feat, featuring in four major finals since giving birth to daughter Olympia in 2017.

“There are people who say I’m not the GOAT (greatest of all time) because I didn’t pass Court’s record, which she achieved before the ‘Open era’ that began in 1968,” said former world number one Williams, who sought the advice of her friend Tiger Woods before picking up a racket again this spring.

“I’d be lying if I said I didn’t want that record. Obviously I do. But day-to-day, I’m really not thinking about her.”

Williams later said in an Instagram post that it was time to move in a “different direction.”

“The countdown has begun. I have to focus on being a mom, my spiritual goals and finally discovering a different, but just exciting Serena.”

She also has a vast business portfolio to maintain.

For nearly a decade she has backed early stage companies, including MasterClass, one of 16 unicorns – companies whose market value exceeds $1 billion – to receive funding from Serena Ventures.

On the court, Williams announced herself on the grandest stage by winning the 1999 U.S. Open singles title, a tournament she would go on to win five more times.

Over the past two decades, she also claimed seven titles at both Wimbledon and the Australian Open and a further three at the French Open as she revolutionised the women’s game with a lethal mix of powerful serves, groundstrokes and athleticism.

Williams has had eight separate spells at the top of the WTA rankings, totalling 319 weeks as world number one.

“When Serena steps away from tennis, she will leave as the sport’s greatest player,” pioneer Billie Jean King said.

“After a career that has inspired a new generation of players and fans, she will forever be known as a champion who won on the court and raised the global profile of the sport off of it.”

“She’s in that level where Michael Jordan, LeBron James and Tom Brady are,” he told USA Today. “She’s like one of the all-time greatest athletes in the history of any sport — male or female.”

While she has earned a well-deserved reputation as tennis’ fiercest competitor, Williams played down expectations for her final major, after losing in the opening round at Wimbledon.

“Unfortunately I wasn’t ready to win Wimbledon this year. And I don’t know if I will be ready to win New York,” she wrote.

“I know there’s a fan fantasy that I might have tied Margaret that day in London, then maybe beat her record in New York… It’s a good fantasy. But I’m not looking for some ceremonial, final on-court moment.

“I’m terrible at goodbyes, the world’s worst. But please know that I am more grateful for you than I can ever express.”

Williams said she and her husband, entrepreneur and investor Alexis Ohanian, have been trying to have another child during the last year, a decision her four-year-old daughter Olympia is excited about.

“Sometimes before bed, she prays to Jehovah to bring her a baby sister,” Williams wrote.

The American won the 2017 Australian Open while she was two months pregnant but has no interest in being a pregnant athlete again: “I need to be two feet into tennis or two feet out.”

“I never wanted to have to choose between tennis and a family,” she wrote. “But I’m turning 41 (in September), and something’s got to give.” 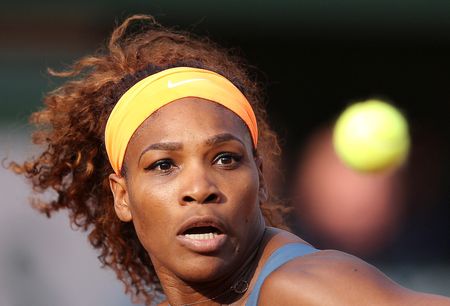 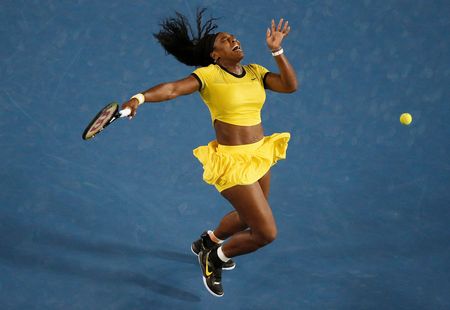 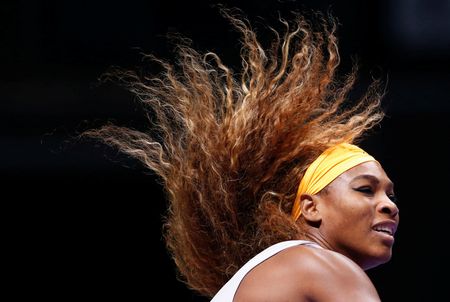 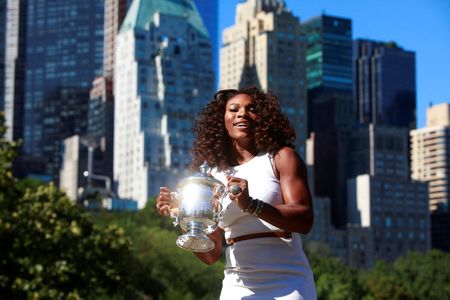