by Reuters | Oct 19, 2022 | Business, Entertainment and Lifestyle, Technology, US 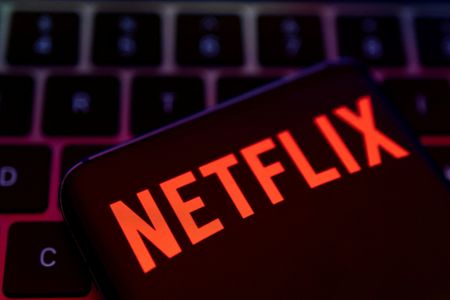 By Dawn Chmielewski and Lisa Richwine

(Reuters) – Netflix Inc upended the global entertainment industry about a dozen years ago with a streaming video service that rendered network television programming schedules and movie screening times all but irrelevant.

Now, Netflix is gunning for the last reel of the pay TV business: its estimated $153 billion pool of global advertising revenue.

The company and some analysts see its new, cheaper ad-supported service, detailed in a rosy quarterly report on Tuesday, as a way to lift revenue as customers trim spending amid economic gloom. As TV’s audience shrinks, it becomes less attractive for advertisers – and a plum target for Netflix to disrupt.

“What I under-appreciated was just the impact on advertisers,” Hastings said during a video interview on Netflix’s third-quarter performance and outlook. The firm’s shares jumped 14% after it forecast it would pick up 4.5 million customers in the fourth quarter.

“They’re just being able to reach fewer people, and the 18-to-49 demographic is (declining) even faster than the decline in pay TV. So this is what is really fueling the cycle, is that … collapse of linear TV as an advertising vehicle.”

Netflix plans to launch an ad-supported version of its service in the United States and 11 other countries in November. It will be priced at $6.99 a month in the United States, or 30% less than its basic ad-free tier, and contain about five minutes of commercials per hour.

Chief Financial Officer Spencer Neumann said the new service would make money over time, but cautioned, “It’s going to be pretty small out of the gates.”

Some Wall Street analysts said the ad-supported version of the Netflix service might entice some price-sensitive existing subscribers to switch to the less-expensive option.

That may well work to its advantage in a time of economic volatility.

“While the strategic shift may cannibalize its existing market – particularly at the $9.99 tier – it’s a great move in this inflationary environment, where households continue to rationalize their streaming choices,” said Fred Boxa, associate director of consulting firm Arthur D. Little.

If Netflix can pull it off, revenue from the ad-supported version of the service and from a coming charge to subscribers for sharing their accounts, may well make up for any shortfall from a lower-priced streaming tier, said Haris Anwar, a senior analyst with Investing.com.

PP Foresight analyst Paolo Pescatore said Netflix’s embrace of advertising will potentially deal a serious blow to TV networks and broadcasters who rely on advertising as a major source of income.

“This could prove to be the final nail in the coffin for those players,” said Pescatore.