Fed’s rate debate shifts to how, and when, to slow down 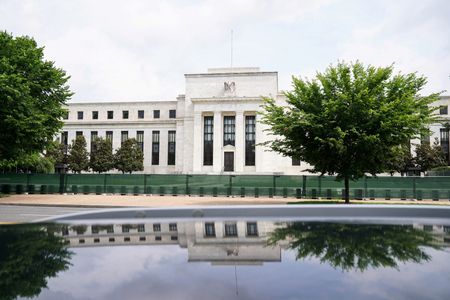 WASHINGTON (Reuters) – The Federal Reserve, set to approve another large interest rate increase early next month, is shifting to a debate over how much higher it can safely push borrowing costs and how and when to slow the pace of future increases.

The U.S. central bank is likely to provide a signal at its Nov. 1-2 policy meeting as officials weigh what some see as growing risks to economic growth against a lack of obvious progress in lowering inflation from its pandemic-related surge.

“This debate about exactly where we should go, and then become more data-dependent, is going to heat up in the last part of the year here,” St. Louis Fed President James Bullard said in a Reuters interview last week.

Investors widely expect the Fed next month to raise its benchmark overnight interest rate by three-quarters of a percentage point for a fourth consecutive time, lifting it to a range of 3.75% to 4.00%.

Yet even as markets point to another large increase at the final policy meeting of the year in December, sentiment is building within the Fed to take a breather. While the process of raising interest rates is not yet finished, policymakers feel they may be at the point where further increases can be smaller in size, and are close to where they can pause altogether in order to take stock as the economy adjusts to the rapid change in credit conditions the central bank has set in motion.

That advice has been subtle: In a speech earlier this month, Fed Vice Chair Lael Brainard offered a list of reasons to be cautious about further tightening without overtly calling for a slowdown or pause.

It also has been blunt: In comments this week in Virginia, Chicago Fed President Charles Evans warned of outsized “nonlinear” risks to the economy if the federal funds rate is lifted much beyond the 4.6% level officials projected in September that they would reach next year.

“It really does begin to weigh on the economy,” Evans said. Even with the existing rate outlook, it was a “closer call than normal” whether recession can be avoided.

With that view becoming more full-throated, and more economists saying a U.S. recession is likely next year, the November meeting may well be when the Fed signals it is time to slow down – a moment Fed Chair Jerome Powell said in a Sept. 21 news conference would be approaching “at some point.”

Powell has not spoken publicly about monetary policy since then.

Data on inflation has offered little relief to the Fed. Headline consumer prices rose in September at an 8.2% annual rate. The U.S. central bank uses a different inflation measure for its 2% inflation target, but that remains roughly three times the target.

Job growth continues to be strong, with a still-outsized number of vacancies compared to the number of jobseekers. Employers say it remains difficult to find workers.

Yet even some of the Fed’s most hawkish voices appear ready to let the economy have time to catch up with the monetary tightening already underway.

Bullard told Reuters he also sees a federal funds rate of around 4.6% as a point to pause and take stock, though he’d prefer to get there by the end of this year with two more 75-basis-point increases and then let policy evolve in 2023 based on how inflation behaves.

Expectations at the Fed about inflation have begun to settle around three key points that both buttress the calls for caution on further rate hikes, but also leave policymakers wanting to keep their options open.

Inflation, officials acknowledge, has become broader and more persistent than anticipated, and may be slow to decline. Consumer prices are weighted towards rents, which are slow to change, and much of the current inflation is coming from service industries where price changes are harder to influence.

In economic projections released by the Fed in September, a version of policymakers’ preferred measure of inflation was seen ending 2023 above 3%. Recent staff estimates, recounted in the minutes of the last Fed meeting, indicated the economy may be much “tighter” than anticipated as high demand strains against potential output that may be more limited than thought.

But policymakers also agree the full impact of their rate hikes may not become clear for months, even as data is starting to show the seeds of an inflation slowdown taking root. Vehicle prices that drove the inflation surge in the early part of the pandemic are falling, and industry executives expect more; month-to-month data show rents are coming down and the housing industry, a barometer of other household spending, is slowing rapidly as the average rate on a 30-year fixed mortgage nears 7%.

Yet, in another point of agreement, risk sentiment among Fed officials is almost uniformly tilted towards the likelihood of more inflation surprises to come, putting the group on what some have described as a hope-for-the-best-prepare-for-the-worst footing. In September, 17 of 19 officials saw inflation risks as “weighted to the upside.”

In that situation, even if policymakers are ready to be done with the 75-basis-point rate increases, they won’t want the public to equate smaller future hikes with a true policy “pivot” or a softened stance on inflation – a tricky point to communicate.

Even more dovish officials like Evans agree monetary policy needs to hit a more restrictive level and stay there until the back of inflation is broken. Others agree even if the Fed slows to half-percentage-point increases after next month’s meeting, that remains fast by recent standards and could quickly push the federal funds rate to a level of 5% or higher, more in line with rate-hiking cycles since the 1990s and a level some economists see as needed before the Fed’s work is done.

“How do you step down without giving external observers, financial markets, the wrong impression?” Evans said. “I think that puts a premium on explaining where we think we are, what we’re expecting inflation to be doing, and when you’re going to be willing to say ‘I think I’ve got the level of the funds rate that is adequately restrictive in order to be consistent with inflation coming down.’ It’s hard. That’s a hard discussion.” 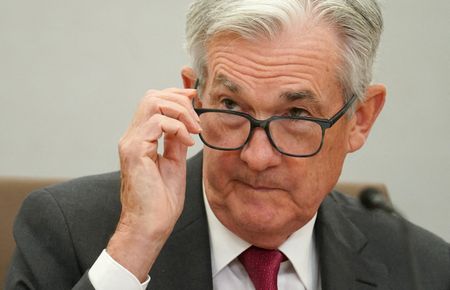