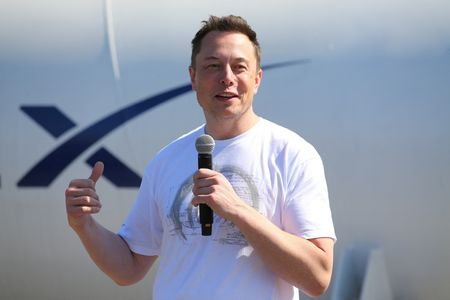 PARIS (Reuters) -Elon Musk has assured the European Commission that Twitter will abide by tough European rules on illegal online content policing now that the social network has passed under his ownership, European Union sources said on Monday.

In a previously unreported exchange last week, Musk told Thierry Breton, the EU’s industry chief, that he planned to comply with the region’s Digital Services Act, which levies hefty fines on companies if they do not control illegal content.

The self-described free speech absolutist agreed to hold a meeting with Breton, a former French finance minister, in the coming weeks, two EU officials familiar with the discussions told Reuters. The exchange came after Breton took to Twitter to warn Musk about the new European legislation on Friday. “In Europe, the bird will fly by our EU rules,” Breton tweeted on Friday.

EU lawmakers approved the landmark rules to rein in tech giants over the summer, which will require online platforms to do more to police the internet for illegal content, with big platforms required to have more moderators than small ones.

Companies will face fines of up to 6% of annual global turnover for breaches of Digital Services Act. The assurances from Musk appeared to suggest a pragmatic attitude from the CEO of electric car maker Tesla Inc, who has previously expressed his desire to see Twitter with fewer limits on content.

Musk has so far offered little details on how he will run the company after his $44 billion buyout.

He has said he plans to cut jobs, leaving Twitter’s 7,500 employees fretting about their future. He also said on Thursday he did not buy Twitter to make more money but “to try to help humanity, whom I love.”

Breton and Musk had met in May, and the two had signalled at the time agreement on complying with EU regulation.

In a video posted on Twitter by Breton after their May meeting, the EU official says he explained the Digital Services Act to Musk. “It fits pretty well with what you think we should do,” Breton said. “I think it’s exactly aligned with my thinking,” Musk responded in the May video.