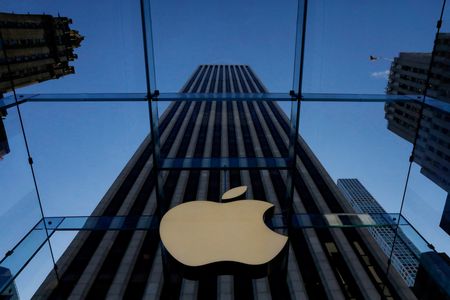 (Reuters) -Apple Inc has scaled back ambitious self-driving plans for its future electric vehicle and postponed the car’s target launch date to 2026, Bloomberg News reported on Tuesday, citing people with knowledge of the matter.

The company’s automotive efforts, known as Project Titan, have proceeded unevenly since 2014, when it first started to design a vehicle from scratch.

Apple is now planning a less-ambitious design that will include a steering wheel and pedals and only support full autonomous capabilities on highways, the people told Bloomberg.

The report added that the company plans to develop a vehicle that lets drivers conduct other tasks on a freeway and be alerted with ample time to switch over to manual control.

Last year, a Bloomberg report said Apple was pushing to launch its electric car as early as 2025 and refocusing the project around full self-driving capabilities.

Apple’s ideal car would have no steering wheel and pedals, with interiors designed around hands-off driving, the report then said.

The company did not immediately respond to a Reuters request for comment.