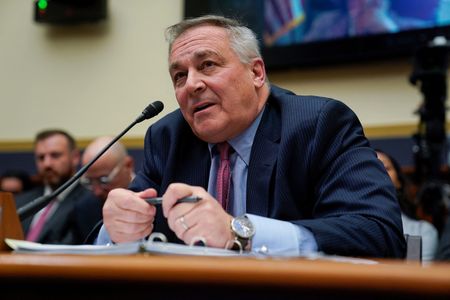 By Hannah Lang and Doina Chiacu

“The FTX group’s collapse appears to stem from absolute concentration of control in the hands of a small group of grossly inexperienced, non-sophisticated individuals,” said John Ray, who was named CEO of FTX after Bankman-Fried stepped down and the company filed for bankruptcy on Nov. 11.

Ray also said there was virtually no distinction between the operations of FTX and Alameda Research, Bankman-Fried’s crypto trading firm, which maintained close ties with his exchange.

A representative for Bankman-Fried did not immediately respond to a request for comment on Ray’s testimony.

He said he was shocked to learn FTX was using Quickbooks – software geared toward small and mid-size businesses – for accounting and approving invoices via Slack messages.

Asked why he had testified that he did not believe the audited financial statements were reliable, Ray said: “We’ve lost 8 billion dollars of customer money. So by definition, I don’t trust a single piece of paper in this organization.”

It will take weeks, perhaps months, to secure all the group’s assets, Ray said, warning it would be a lengthy process.

“At the end of the day, we’re not going to be able to recover all the losses here,” he said.

Bankman-Fried was arrested Monday evening in the Bahamas and appeared before a magistrate Tuesday. U.S. federal prosecutors on Tuesday alleged he committed fraud and violated campaign finance laws. The former CEO of the exchange also faces additional charges by U.S. regulators.

The Bahamas attorney general’s office said it expects Bankman-Fried will be extradited to the United States.

During Tuesday’s hearing, Bankman-Fried indicated to a magistrate judge in the Bahamas that he would fight extradition, according to a Reuters witness.

Ray said FTX would cooperate in turning over information to authorities and that he had already shared some findings of his internal investigation into the collapse of the company with the U.S. Securities and Exchange Commission (SEC) and federal prosecutors.

Since he took over as CEO, Ray said he has established that customer assets at FTX were commingled with those of Alameda Research. Client funds were used to engage in margin trading, which exposed customers to massive losses, he said, calling the practice “old-fashioned embezzlement.”

Ray said in his testimony that he had hired a new chief financial officer, a head of human resources and administration, and a head of information technology. He has also appointed a board of directors, which is chaired by former judge Joseph Farnan.

He also told lawmakers on Tuesday that FTX will look to sell its crypto derivatives exchange LedgerX, which is regulated by the U.S. Commodity Futures Trading Commission and was not included in the bankruptcy proceedings.

Bankman-Fried had also been scheduled to appear before the committee on Tuesday, and his testimony had been highly anticipated.

“Unfortunately, the timing of his arrest denies the public the opportunity to get the answers they deserve,” said the panel’s chair, Democratic U.S. Representative Maxine Waters.

“Rest assured that this committee will not stop until we uncover the full truth behind the collapse of FTX just a few months ago.”

“Fraud and fraudsters have been around just as long as that phrase has been around,” he said. “It appears to be the same old-school fraud – just using new technology.” 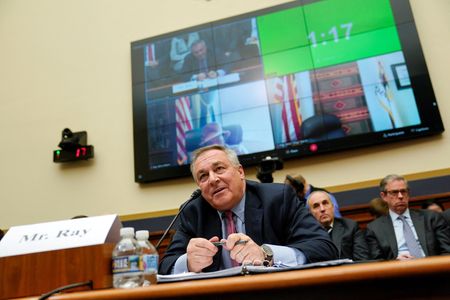 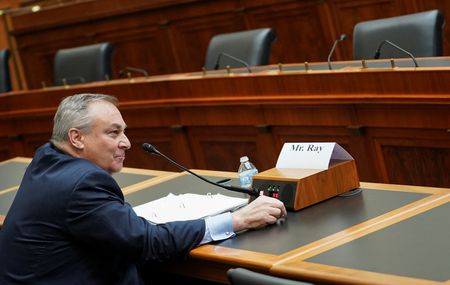