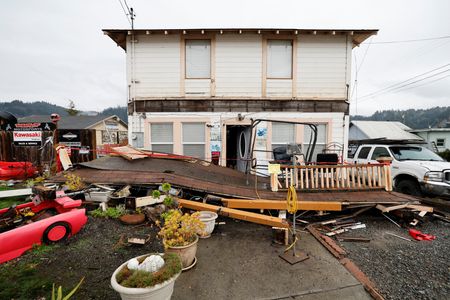 By Nathan Frandino and Steve Gorman

At least a dozen people were injured, and two others died from “medical emergencies” that occurred during or just after the quake, according to the Humboldt County Sheriff’s Office.

The tremor, which struck at 2:30 a.m. PST and was followed by about 80 aftershocks, was centered 215 miles (350 km) north of San Francisco offshore of Humboldt County, a largely rural area known for its redwood forests, local seafood, lumber industry and dairy farms.

California’s Governor Gavin Newsom proclaimed a state of emergency on Tuesday for Humboldt County to support the emergency response to the earthquake.

Newsom has directed state agencies and departments to take appropriate action as necessary to provide support to local communities, according to a statement.

The region also is known for relatively frequent seismic activity, although the latest quake appeared to cause more disruption than others in recent years.

Tuesday’s temblor set off one structure fire – by severing the gas line of a hot-water heater – and caused at least two other buildings to collapse, authorities said. The blaze was quickly extinguished, and fire crews rescued a resident briefly trapped in the home, according to fire officials.

About two dozen houses were so heavily damaged as to be “red-tagged,” declared unsafe for habitation. Most were in Rio Dell, a town of about 3,400 residents that bore the brunt of the quake.

Water service to the entire community was knocked out, and City Manager Kyle Knopp said he expected 100 to 150 residents would likely end up displaced once housing inspectors had assessed all the structural damage there.

Some 79,000 homes and businesses countywide were without power in the quake’s immediate aftermath, according to the electric grid tracking website PowerOutage.us.

Jacqui McIntosh, 28, whose Rio Dell home was rocked off its foundation, recounted that she and her husband, Shane, were jolted out of their bed and huddled underneath it until the shaking ceased.

Fellow Rio Dell resident Liz Peavy, 68, said she too was roused from sleep as her home began to rumble.

“And it just kept shaking and shaking, and things were crashing,” she recalled. “The TV was coming down, the microwave, everything, like all my little knickknacks were crashing everywhere.”

Details of casualties were sketchy. The two fatalities involved individuals, one aged 72, the other 83, who suffered medical emergencies that coincided with the quake, preventing rescue teams from reaching them in time to render life-saving care, said Humboldt County Sheriff William Honsal.

Most of the 12 survivors known to have sought medical care got themselves to hospitals and sustained relatively minor injuries, many from fallen objects. Two of the most serious cases were a head injury and a broken hip, officials said.

Police closed a bridge over the Eel River just outside Ferndale, a picturesque town notable for its gingerbread-style Victorian storefronts and homes, after four large cracks were discovered in the span. The California Highway Patrol also said the roadway foundation there was at risk of sliding.

“The shaking was really intense,” said Daniel Holsapple, 33, a resident of nearby Arcata, who recounted grabbing his pet cat and running outside after he was jostled awake in pitch darkness by the motion of the house and by an emergency alert from his cellphone.

“There was no seeing what was going on. It was just the sensation and that general low rumbling sound of the foundation of the whole house vibrating,” he said.

While earthquakes are routine in California, tremors at a magnitude 6.4 are less common and potentially dangerous.

Tuesday’s temblor struck in a seismically active area where several tectonic plates converge on the sea floor about 2 miles offshore, an area that has produced about 40 quakes in the 6.0 to 7.0 range over the past century, said Cynthia Pridmore, a senior geologist for the California Geological Survey.

“It is not unusual to have earthquakes of this size in this region,” she told a news conference.

Shaking from Tuesday’s quake was felt as far away as the San Francisco Bay area, the U.S. Geological Survey reported. The biggest aftershock registered a magnitude 4.6. 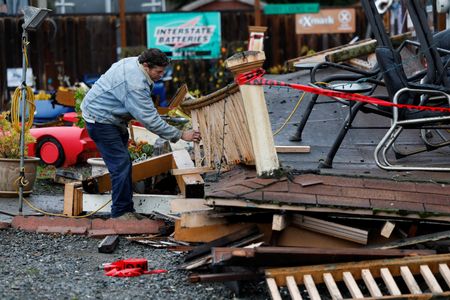 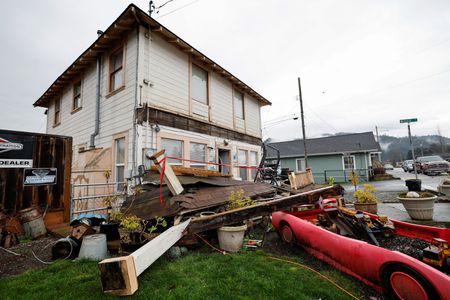 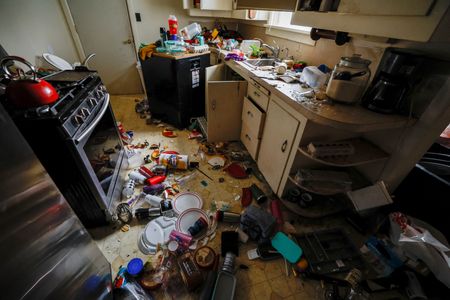 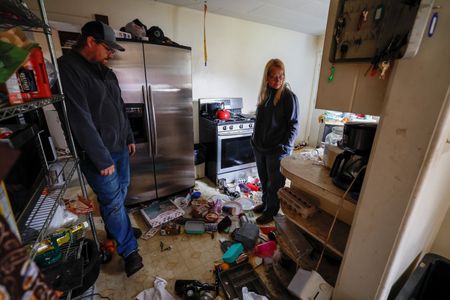