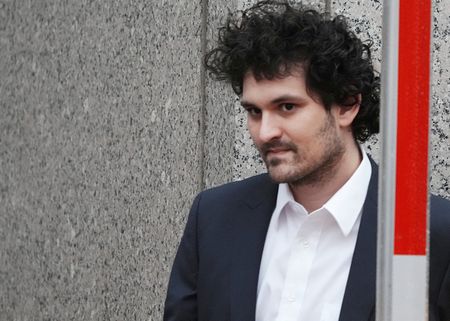 NEW YORK (Reuters) – Sam Bankman-Fried is expected to enter a plea next week to criminal charges he defrauded investors and looted billions of dollars in customer funds at his failed FTX cryptocurrency exchange.

The 30-year-old is expected to be arraigned on the afternoon of Jan. 3, 2023, before U.S. District Judge Lewis Kaplan in Manhattan federal court, court records on Wednesday showed.

Kaplan was assigned to the case on Tuesday, after the original judge recused herself because her husband’s law firm had advised FTX before its collapse.

Bankman-Fried is charged with two counts of wire fraud and six counts of conspiracy, including to launder money and commit campaign finance violations, and if convicted could spend decades in prison.

Before his Dec. 12 arrest, Bankman-Fried acknowledged risk-management failures at FTX, but said he did not believe he was criminally liable.

Two of his associates, former Alameda chief executive Caroline Ellison and former FTX chief technology officer Gary Wang, have pleaded guilty over their roles in FTX’s collapse and agreed to cooperate with prosecutors.

A lawyer for Bankman-Fried did not immediately respond to requests for comment.

Bankman-Fried was released on Dec. 22 on a $250 million bond and ordered to stay with his parents in Palo Alto, California, where they teach at Stanford Law School. He is subject to electronic monitoring.

FTX filed for bankruptcy protection on Nov. 11. Its new chief executive, John Ray, told Congress on Dec. 13 that the exchange lost $8 billion of customer money while being run by “grossly inexperienced, non-sophisticated individuals.”