Bankman-Fried’s parents have been physically threatened, his lawyers say 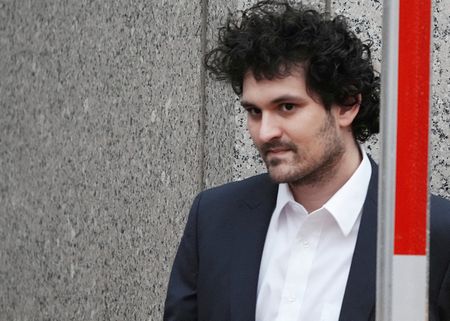 NEW YORK (Reuters) – Sam Bankman-Fried’s parents have been getting physical threats since the collapse of their son’s now-bankrupt FTX cryptocurrency exchange, his lawyers said on Tuesday.

The disclosure was made in a filing in Manhattan federal court, where the lawyers asked that the names of two remaining sureties for Bankman-Fried’s $250 million bond not be disclosed.

Bankman-Fried has been required to live with his parents, Joseph Bankman and Barbara Fried, with electronic monitoring since bail conditions were set.

In Tuesday’s filing, his lawyers said the parents “have in recent weeks become the target of intense media scrutiny, harassment, and threats. Among other things, Mr. Bankman-Fried’s parents have received a steady stream of threatening correspondence, including communications expressing a desire that they suffer physical harm.”

As a result, the lawyers said there was “serious cause for concern” the additional sureties might face similar privacy intrusions, threats and harassment, and that this overcame any public right of access to their identities.

Bankman and Fried are professors at Stanford Law School.

They agreed to co-sign their son’s bond, with the additional sureties signing separate bonds in lower amounts.

Bankman-Fried is expected to plead not guilty later on Tuesday to criminal charges that he cheated investors and looted billions of dollars at FTX, a source familiar with the matter said last week.