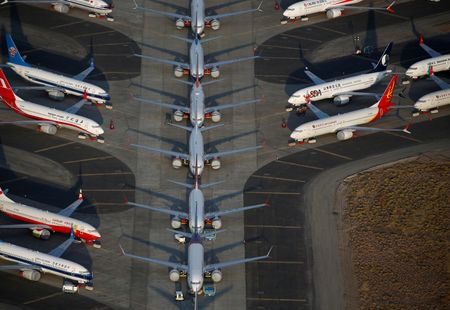 The panel, which was required by Congress under a 2020 law to reform how the FAA certifies new airplanes, includes MIT lecturer and aerospace engineer Javier de Luis whose sister was killed in a MAX crash, as well as experts from NASA, the FAA, labor unions, Airbus, Southwest Airlines, American Airlines, United Airlines, GE Aviation, FedEx Express and Pratt & Whitney.

The panel will convene in the coming weeks and have nine months to complete its review and issue findings and recommendations, the FAA said. Congress directed the agency to appoint a panel by 2021, but the FAA missed that deadline.

A September 2020 House Transportation and Infrastructure Committee report said the MAX crashes “were the horrific culmination of a series of faulty technical assumptions by Boeing’s engineers, a lack of transparency on the part of Boeing’s management, and grossly insufficient oversight by the FAA.”

Boeing did not immediately comment Thursday, but has previously emphasized it has made reforms to its safety culture that cost the company billions of dollars.

De Luis, a lecturer in the Department of Aeronautics and Astronautics Engineering, told Congress in 2020 that “Boeing cannot be allowed to continue to certify its own designs, especially those systems that directly impact vehicle safety, with little to no outside review.”

Last month, Congress voted to lift a Dec. 27 deadline imposing a new safety standard for modern cockpit alerts for two new versions of the 737 MAX aircraft that could have put the sale of those new models at risk.

In September, the FAA finalized a policy to protect aviation employees who perform government certification duties from interference by Boeing and others.

In May, the FAA opted to renew Boeing’s Organization Designation Authorization (ODA) program for three years rather than the five years Boeing sought.

The FAA continues to subject Boeing to enhanced oversight, inspecting all new Boeing 737 MAXs and 787s before they can be delivered.

In November, the Transportation Department’s Office of Inspector General said it would audit the FAA’s oversight of the MAX.