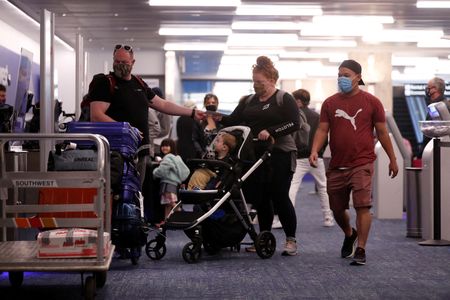 CHICAGO (Reuters) – New York State’s comptroller has written to Southwest Airlines Co, asking the carrier to explain how it plans to prevent an operational collapse like the one at the end of last year which stranded thousands of passengers.

The comptroller’s office oversees the state’s pension system, which held 1.35 million shares of the Dallas-based company at the end of March 2022.

In a letter to Southwest’s CEO, Bob Jordan, on Friday New York Comptroller Thomas DiNapoli said the disruption to the airline’s operation is of “considerable” concern to investors as its ability to attract customers and retain employees is of “paramount importance.”

“The management of these basic business operations are the heart of a company’s ability to provide a return to shareholders,” DiNapoli wrote in the letter on Friday, seen by Reuters.

A severe winter storm right before Christmas coupled with Southwest’s dated technology created havoc for thousands of the airline’s passengers, causing over 16,000 flight cancellations between Dec. 22 and Dec. 31.

Last week, Southwest warned that it would report a loss in the fourth quarter as the mass cancellations during the peak were estimated to result in a pretax quarterly earnings hit of $725 million to $825 million.

DiNapoli asked the company to share its plan to “correct these failures – not just in the immediate term, but for the coming years.”

A spokesman for DiNapoli said the comptroller’s office is waiting for a response from the company and has not planned any action against it.

His letter was first reported by the Wall Street Journal.

Southwest did not immediately respond to a request for comment.

The company has vowed to conduct a thorough review of the meltdown. A Southwest spokesperson told Reuters earlier that the airline is focusing on improving its technology for scheduling crews.