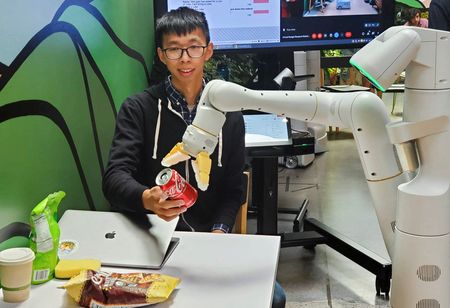 MOUNTAIN VIEW, Calif. (Reuters) – Alphabet Inc’s Google is combining the eyes and arms of physical robots with the knowledge and conversation skills of virtual chatbots to help its employees fetch soda and chips from breakrooms with ease.

The mechanical waiters, shown in action to reporters last week, embody an artificial intelligence breakthrough that paves the way for multipurpose robots as easy to control as ones that perform single, structured tasks such as vacuuming or standing guard.

Google robots are not ready for sale. They perform only a few dozen simple actions, and the company has not yet embedded them with the “OK, Google” summoning feature familiar to consumers.

While Google says it is pursuing development responsibly, adoption could ultimately stall over concerns such as robots becoming surveillance machines, or being equipped with chat technology that can give offensive responses, as Meta Platforms Inc and others have experienced in recent years.

“It’s going to take a while before we can really have a firm grasp on the direct commercial impact,” said Vincent Vanhoucke, senior director for Google’s robotics research.

When asked to help clean a spill, Google’s robot recognizes that grabbing a sponge is a doable and more sensible response than apologizing for creating the mess.

The robots interpret naturally spoken commands, weigh possible actions against their capabilities and plan smaller steps to achieve the ask.

The chain is made possible by infusing the robots with language technology that draws understanding of the world from Wikipedia, social media and other webpages. Similar AI underlies chatbots or virtual assistants, but has not been applied to robots this expansively before, Google said.

It unveiled the effort in a research paper in April. Incorporating more sophisticated language AI since then boosted the robots’ success on commands to 74% from 61%, according a company blog post on Tuesday.

Fellow Alphabet subsidiary Everyday Robots designs the robots, which for now will stay confined to grabbing snacks for employees. 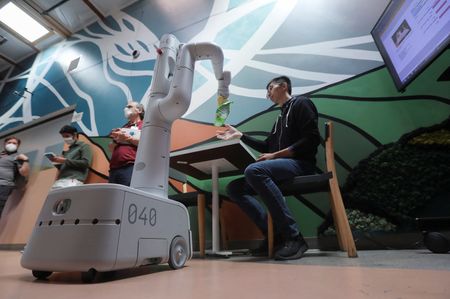