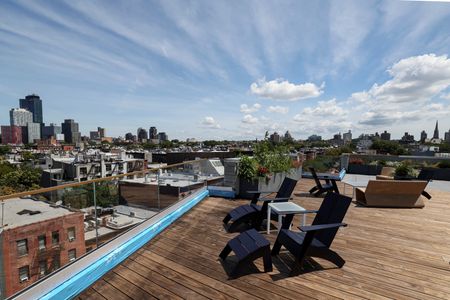 NEW YORK (Reuters) – From the street, 670 Union Street looks like one in a line of brick buildings on a tree-lined block in Brooklyn.

But inside, exposed timber beams, columns and floorboards make it clear this 14-apartment condominium is no typical New York City building.

“Timber House is the first mass-timber condo building in the city, perhaps the state,” Eric Liftin, principal of Mesh Architectures and the condo’s architect and co-developer, said in an interview.

“It’s built out of a structure of wood, which is very unusual for a six-story-building like this, which would normally be built out of concrete and steel.”

Timber House, completed in May after about 2-1/2 years of construction, is made of glue-laminated timber, a type of structurally engineered wood known as mass timber. In this case, the wood is Douglas fir from Washington state.

The architect said he chose wood for its esthetic qualities and negative carbon footprint.

“Timber is a renewable resource,” Liftin said. “As an alternative to concrete and steel, it’s a beautiful material that makes incredible spaces to dwell in that is a sustainable way to build.”

Building operations are also energy-efficient. Timber House is highly insulated, its roof has solar panels, and it uses electric heat pumps for heating and cooling. Each parking spot in its downstairs garage has an electric vehicle charging station.

Liftin said he hopes the building will serve as a model for future building in New York.

“Steel and concrete have a fairly large carbon footprint in terms of their production,” Wines said, noting that each material accounts for about 10% of carbon dioxide emissions globally around the world. “… Wood, on the other hand, basically has zero or negative carbon footprint” because trees sequester carbon as they grow, she said.

“So this basically gives trees an almost negative impact.”

As for fire safety, Liftin said mass timber is not very flammable, forms an insulating “char layer” when burned, and can maintain its structure in response to a blaze as long as steel can.

Wines noted that the International Building Code of 2021 added a provision allowing buildings up to 18 stories high using timber.

Prices range from under $600,000 for a studio to over $3 million for a three-bedroom apartment. Twelve of the 14 condos have sold, and residents are due to begin moving in this fall. 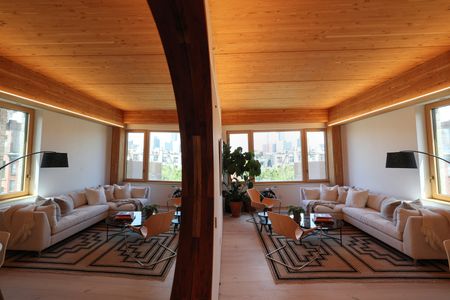 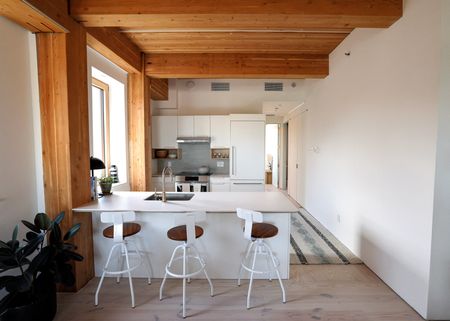 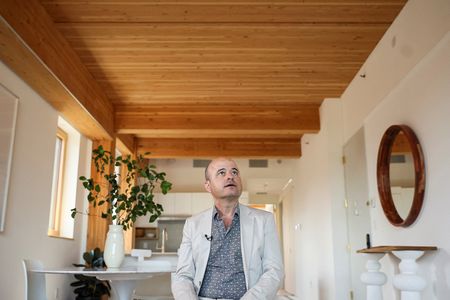 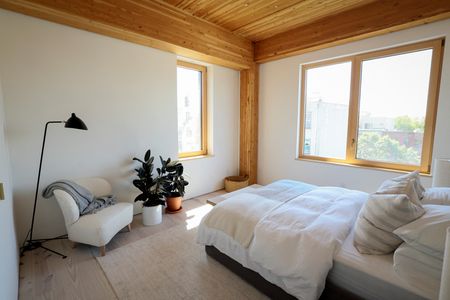 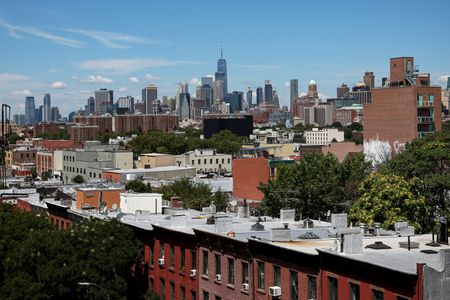 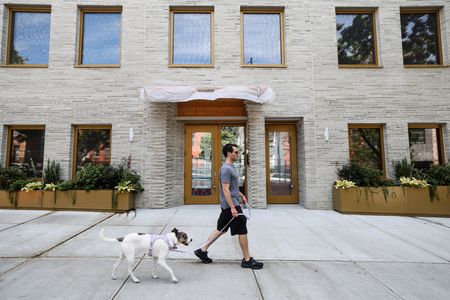