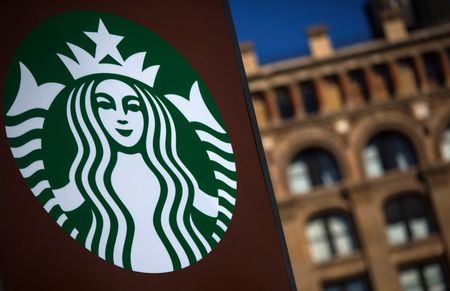 The Department of Consumer and Worker Protection called the case on behalf of Austin Locke, a Starbucks employee for 5-3/4 years, the city’s first for violating “just cause” protections under a 2017 law meant to protect fast-food workers.

The Fair Workweek Law prohibits fast-food employers from firing or laying off workers, or reducing their hours by more than 15%, without just cause or legitimate economic reasons.

According to a petition filed with the city’s Office of Administrative Trails and Hearings, Starbucks fired Locke on July 5, one month after employees in his store in the Astoria section of the borough of Queens decided to unionize.

The lawsuit seeks Locke’s reinstatement and back pay, as well as civil penalties.

A Starbucks spokeswoman said the Seattle-based company does not discuss pending litigation, but plans to defend against claims it violated the law.

The petition said Starbucks claimed it fired Locke because he failed to complete a questionnaire required by its COVID-19 protocols, and falsely reported that a supervisor made unwanted contact during a dispute by placing his hand on Locke’s chest.

Both incidents took place two days after the unionization vote, the petition said.

In a statement provided by the city, Locke said “Starbucks continues to wrongfully fire pro-union workers nationwide in retaliation for union organizing.”

He called on Starbucks to negotiate a contract with Starbucks Workers United, which represents employees at more than 200 stores.

Chipotle was accused of failing to give workers their schedules two weeks in advance, award premium pay for unscheduled shifts, and let workers use accrued sick leave.