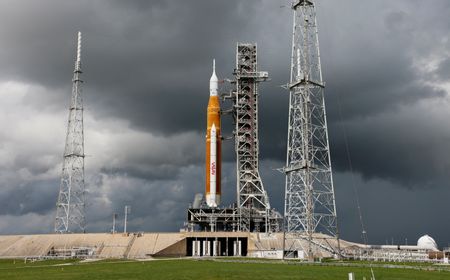 By Joe Skipper and Steve Gorman

Mission managers were still “go” for a Saturday afternoon liftoff of the 32-story-tall Space Launch System (SLS) rocket and its Orion space capsule to kick off NASA’s moon-to-Mars Artemis program, successor to the Apollo lunar missions a half-century ago, NASA officials said.

Two other key issues on the rocket itself – a faulty engine temperature sensor and some cracks in insulation foam – have largely been resolved, Artemis mission manager Mike Sarafin told reporters Thursday night.

Melody Lovin, a launch weather officer for the U.S. Space Force in Cape Canaveral, said forecasts called for a 70% chance of favorable conditions during the two-hour Saturday launch window, which opens at 2:17 p.m. EDT (1817 GMT), as well as for a backup launch time on Monday.

“The weather continues to still look pretty good for the launch attempt on Saturday,” Lovin said. “I do not expect weather to be a show-stopper by any means for either launch window.”

Still, she added, the odds of scrubbing a launch on any given day for weather or any reason were about one-in-three.

The mission, dubbed Artemis I, marks the first voyage for both the SLS rocket and the Orion capsule, built under NASA contracts with Boeing Co and Lockheed Martin Corp, respectively.

The SLS is set to launch Orion around the moon and back on a 37-day, uncrewed test flight designed to put both vehicles through their paces before flying astronauts in a subsequent mission targeted for 2024.

If the first two Artemis missions succeed, NASA is aiming to land astronauts back on the moon, including the first woman to set foot on the lunar surface, as early as 2025, though many experts believe that time frame is likely to slip by a few years.

Twelve astronauts walked on the moon during six Apollo missions from 1969 to 1972, the only spaceflights yet to place humans on the lunar surface.

Apollo grew out of the U.S.-Soviet space race of the Cold War era, while NASA’s renewed lunar focus is driven more by science and encompasses international partnerships with the space agencies of Europe, Japan and Canada, and with commercial rocket ventures such as SpaceX.

Unlike Apollo, the latest flights to the moon are aimed at establishing a long-term, sustainable base of operations on the lunar surface and in lunar orbit as a stepping stone for eventual human expeditions to Mars.

NASA’s first step is getting off the ground with the SLS, the biggest new vertical launch system the U.S. space agency has built since the Saturn V rocket of the Apollo era.

If the Artemis I mission is postponed again for any reason, NASA could try again either on Monday or Tuesday. After that, regulations limiting how long a rocket can remain at its launch tower would likely require the spacecraft to be rolled back to its assembly building before another liftoff attempt, Parsons said. Such a move would involve a more extended delay than a few days or a week.

The SLS and Orion have been under development for more than a decade, with years of delays and ballooning costs that have run to at least $37 billion as of last year. But the Artemis program also has generated tens of thousands of jobs and billions of dollars in commerce for the aerospace industry, according to NASA.

(This story corrects day of fuel line tests to Thursday night in paragraph 3). 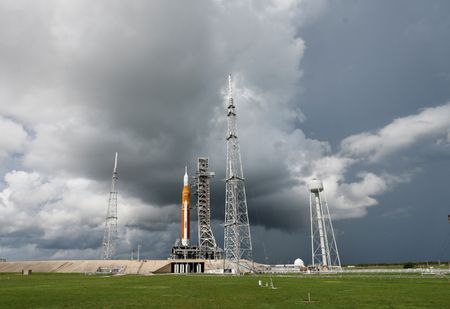