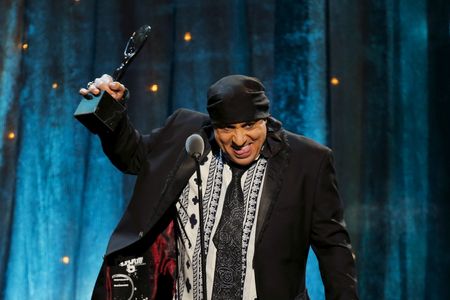 NEW YORK (Reuters) – It is rare enough to have one career that becomes part of a pop-culture phenomenon. Stevie Van Zandt has two.

As a musician, including as a member of Bruce Springsteen’s E Street Band, and as an actor with “The Sopranos,” Van Zandt has bottled lightning twice.

For the latest in Reuters’ Life Lessons series, Van Zandt sat down to talk about his bestseller “Unrequited Infatuations: A Memoir.”

Q: Was money pretty tight in those early days?

But the only expense was rent at $150 a month, and sometimes I was living with three or four guys, so we did not really need much money in those days.

Q: When did you feel like you could make a career out of music?

A: When we were at the Stone Pony (New Jersey music venue), that turned into a raging success for a local residency. I was there for a year before I joined the E Street Band.

When you are a bar band, you do not really feel like a success, but when you look back on it, it is probably the richest you’ll ever be.

Q: What did you learn about the business end of music?

A: Bruce jumped in first, and I learned from watching him. He had signed one of the last old-school contracts, giving away 50%, and I pointed that out to him.

So by the time I signed my first deal a couple of years later, I owned my publishing rights from the beginning.

Q: At what point did the activist part of you get unleashed?

A: It was on the subject of (apartheid in) South Africa that I made the leap from artist to activist. It was just too repulsive, and I had to get involved. I could see that the problem wasn’t going to get fixed, that the government was full of shit, and I decided to help bring down the South African regime.

Q: What was it like to switch gears and forge a second career path, with “The Sopranos?”

For some reason I had always been fascinated with the world of gangsters. I had read every book, seen every movie, brushed up against it in New Jersey. That opportunity was offered to me by David Chase, and I said, ‘What the hell? Let’s try a new craft.’

I learned on the job, and all I can say is that it was a hell of an acting school.

Q: We lost James Gandolfini, but did he give any advice that stays with you?

A: He wasn’t really a verbal guy. I learned from him by observing. I can turn acting on and off like a switch, but he was more of a method guy. You do a scene with him, and you walk away a better actor. He had to compose everything around him, like a painting.

Q: What has the pandemic been like for you?

A: I had just done three years on the road. Suddenly I had a clear schedule, which is not good. One of my new managers said, ‘Maybe it’s a good time to write a book.’ It’s the only way this book would have happened.

Q: What life lessons would you pass to the next generation?

A: This generation has challenges we did not have. We had three channels on TV, pinball games and that was pretty much it – and it was still tough for us to focus!

(Editing by Lauren Young and Rosalba O’Brien; Follow us @ReutersMoney)