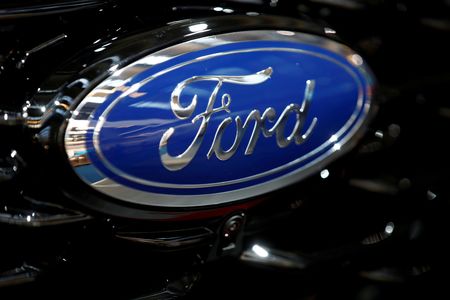 DETROIT (Reuters) – Detroit’s automakers say they are ready to go all-electric, but at the Motor City’s auto show this week they are adding a caveat: not just yet.

Ford Motor Co on Wednesday will unveil the seventh-generation of its Mustang sports car in downtown Detroit, underscoring the challenges Motor City automakers face as they straddle the gap between their combustion glory days and an uncertain electric future.

The newly redesigned Mustang, heir to an icon of the 1960s and the Baby Boomer generation of those born after World War II, will still burn gasoline, just like the original. In contrast, rival Stellantis NV’s Dodge is phasing out its V-8 powered, gas-burning, high-performance sports cars next year.

The Mustang will be one of the few new vehicles revealed at this week’s North American International Auto Show in Detroit – the first since 2019 after the COVID-19 pandemic halted the annual tradition.

U.S. President Joe Biden visited the show Wednesday ahead of its public opening on Friday, and used the backdrop of gleaming cars to promote his administration’s efforts to accelerate production of electric cars.

All around the president, however, were vehicles powered by petroleum – trucks, SUVs and a few cars, such as the Mustang, that Detroit automakers are counting on to keep profits flowing.

A collection of life-like model dinosaurs across a hall from the automaker displays amplified the fossil fuel imagery at the Huntington Place venue for the auto show.

Others showcasing combustion engines include General Motors Co’s Chevrolet Division, which on Wednesday took the wraps off a new version of its big Chevrolet Tahoe SUV with a 433-horsepower 6.2 liter V-8 stuffed under the hood.

Chevy said the plus-sized motor will give the Tahoe RST “pursuit-rated performance” with a top speed of 124 miles per hour.

The Tahoe RST will share space on GM’s auto show displays with electric vehicles such as the Cadillac Lyriq, electric Chevy Equinox and a sleek prototype for a Buick electric sedan.

The company has built a mini-test track for Jeep SUV rides, and visitors can check out the nearly 18-foot long Jeep Grand Wagoneer, which has an American flag decal on the door, and a price tag that tops $100,000.

(Reporting By Joe White in Detroit, editing by Deepa Babington)