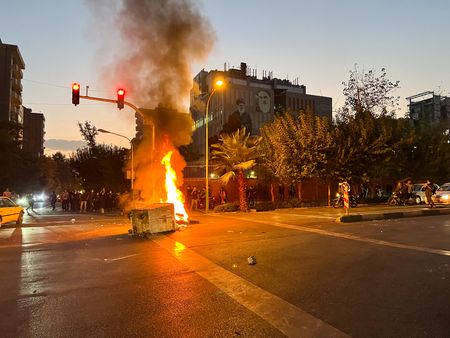 WASHINGTON (Reuters) – The United States on Wednesday targeted Iranian officials, including those overseeing Tehran’s Evin prison, and others in new sanctions on Iran over internet censorship and a crackdown on protests ignited by Mahsa Amini’s death in police custody.

Demonstrations following the 22-year-old’s death in custody on Sept. 16 have become one of the boldest challenges to Iran’s clerical leadership since the 1979 revolution.

Wednesday’s sanctions marking 40 days since Amini’s death are the latest round imposed by Washington on Iran over the crackdown on protests, as the United States seeks to increase pressure on Tehran.

“We will continue to find ways to support the people of Iran as they peacefully protest in defense of their human rights and fundamental freedoms, and in doing so, will continue to impose costs on individuals and entities in Iran who engage in the brutal repression of the Iranian people,” U.S. Secretary of State Antony Blinken said in a statement.

The U.S. Treasury Department in a separate statement said it imposed sanctions on Islamic Revolutionary Guard Corps (IRGC) officials, including the commander of its intelligence organization, as well as provincial and Iranian prison officials and people and entities tied to internet censorship.

Wednesday’s move targets Hedayat Farzadi, who the Treasury accused of operating Evin prison as its warden. The prison mostly holds political prisoners, and Washington says numerous protesters have been sent there, where it says they have been subjected to torture.

The Treasury accused Farzadi of having overseen the torture and mistreatment of prisoners in the Iranian prison system before assuming leadership of Evin, and said he has been known to carry out executions and public amputations. Several prisoners under his responsibility have died, the Treasury said.

Seyyed Heshmatollah Hayat Al-Ghaib, the director-general of Tehran Province Prisons – which the Treasury said gave him oversight of Evin – was also named in Wednesday’s action.

Wardens of several other prisons in Iran were also designated, as were directors-general of prisons in provinces including Kurdistan.

Hossein Modarres Khiabani, the governor of Sistan and Baluchistan province, where Treasury said some of the worst violence in the latest round of protests has taken place, was also targeted.

Also named were two members of Iran’s intelligence and security ministry, as well as the Ravin Academy founded by them, which the Treasury said trains people in cyber-security and hacking as well as recruits candidates for the ministry.

Iran’s mission to the United Nations in New York did not immediately respond to a request for comment.

The U.S. action freezes any U.S. assets belonging to those named and generally bars Americans from dealing with them. Those dealing in certain transactions with them also risk being hit with sanctions.

A wide range of Iranians have come out onto the streets since Amini’s death, with some calling for the downfall of the Islamic Republic and chanting “Death to (Supreme Leader Ayatollah Ali) Khamenei”.

Rights groups said at least 250 protesters have been killed, including teenage girls, and thousands have been arrested.

The authorities, who have accused the United States and other Western countries of fomenting what they call “riots”, have yet to announce a death toll but state media have said around 30 members of the security forces have been killed. 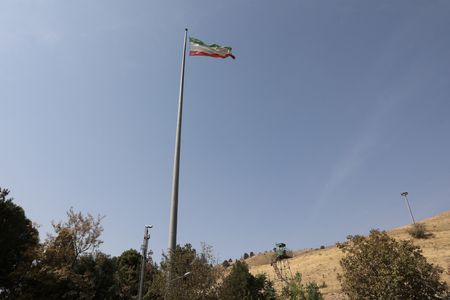