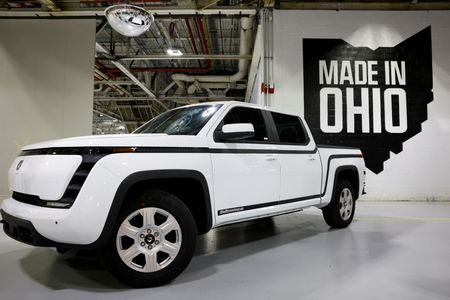 (Reuters) -The U.S. Treasury Department said on Thursday that electric vehicles leased by consumers can qualify starting Jan. 1 for up to $7,500 in commercial clean vehicle tax credits, a decision that makes those assembled outside North America eligible.

South Korea, Europe and some automakers this month sought approval to use the commercial electric vehicle tax credit to boost consumer EV access. Automakers said the credit could be used to reduce leasing prices.

But when it comes to purchases, the new Treasury guidance does not change the definition of what constitutes North American assembly. The $430 billion U.S. Inflation Reduction Act (IRA) passed in August ended $7,500 consumer tax credits for purchases of electric vehicles assembled outside North America, angering South Korea, the European Union, Japan and others.

The law also restricts battery minerals and component sourcing, sets income and price caps for qualifying vehicles and seeks to phase out Chinese battery minerals or components. The commercial credit does not have the sourcing restrictions of the consumer credit.

U.S. Senator Joe Manchin, a Democrat who chairs the energy panel, urged Treasury to pause implementation of both commercial and new consumer EV tax credits, saying Treasury had rewarded “companies looking for loopholes.” He said he would seek legislation to stop “this dangerous interpretation from Treasury.”

The European Commission praised the Treasury consumer leasing guidance saying it would not require “changes to established or foreseen business models of EU producers. This is a win-win for both sides.”

But the commission said it continues to seek “similar, non-discriminatory treatment of EU clean vehicle producers” for EV purchasers.

Alliance for Automotive Innovation CEO John Bozzella called the leasing guidance “consistent with our recommendation and a positive development for broad adoption of EVs in the U.S.”

That law lifts the 200,000-vehicle per manufacturer cap that had made Tesla and General Motors ineligible for EV tax credits starting Jan. 1.

Tesla vehicles eligble are versions of the Model 3 and Model Y.

On Dec. 19, Treasury said it would delay until March releasing proposed guidance on required sourcing of EV batteries. This means some EVs that do not meet the new requirements may have a brief window of eligibility in 2023 before battery rules effect.

Bozzella, who heads the group representing nearly all major automakers, said the rules would be confusing at first. “I think it’s going to be bumpy until every manufacturer is at least operating under the same basic ground rules.”

Half the credit is contingent on at least 40% of the value of the critical minerals in the battery having been extracted or processed in the United States or a country with a U.S. free-trade agreement, or recycled in North America, a percentage requirement that rises annually.

The United States could negotiate additional qualifying free trade deals with allies in the coming months.